You don’t have to share an industry to be inspired by someone. I mainly tell jokes and I write, but I make sure my social media input is full of more than just authors and comedians. I follow comic book artists, rockstars, base jumpers, novelists, rappers, boxers, divers, painters, DJs, chefs, and photographers for inspiration. It was a find on Chris Burkard’s Instagram feed that led to this latest adventure.

If you don’t follow Chris’s photography (and words), by the way, you’re skipping over a real find. Just trust me. He did a series at White Sands National Monument, and when I saw it a few months ago I realized I’d been within an hour of the place twice in the last three years. In fact, I’d even passed a sign last year that said White Sands something-or-another, but a few miles down the turn off it turned out to just be the entrance to the military installation. I shrugged it off and drove on.

When I stumbled on his photos though, I realized I had managed to miss one of the most unique domestic landscapes in America. I was a bit envious of his experience at first, then I laughed at the irony. One of the rules of my own posts has always been that jealousy is not allowed. You can be moved by an experience, inspired by it, but you cannot be jealous. Jealousy insinuates that you’re looking at something you can’t have for yourself, and I don’t buy that at all.

It turns out that White Sands is far more than that military site. It’s an alien landscape designed by a mad-genius who understood the beauty of simplicity and contrast. Blue, white, shadows, and very little else unless the sun and clouds are feeling playful. It could easily be a set piece in a Star Wars film, and it truly takes some adjusting to appreciate.

It’s also glaringly white in that New Mexico sun, and so much so that it’s almost impossible to shoot without blowing out the exposure. The gypsum sand looks like nothing you’ve ever seen. I didn’t expect walk away with many pictures as an amateur, especially armed with none of the tools a photographer travels with, but somehow I managed to catch a few.

And what a cool reminder of the things I’d miss if I didn’t turn envy into inspiration. 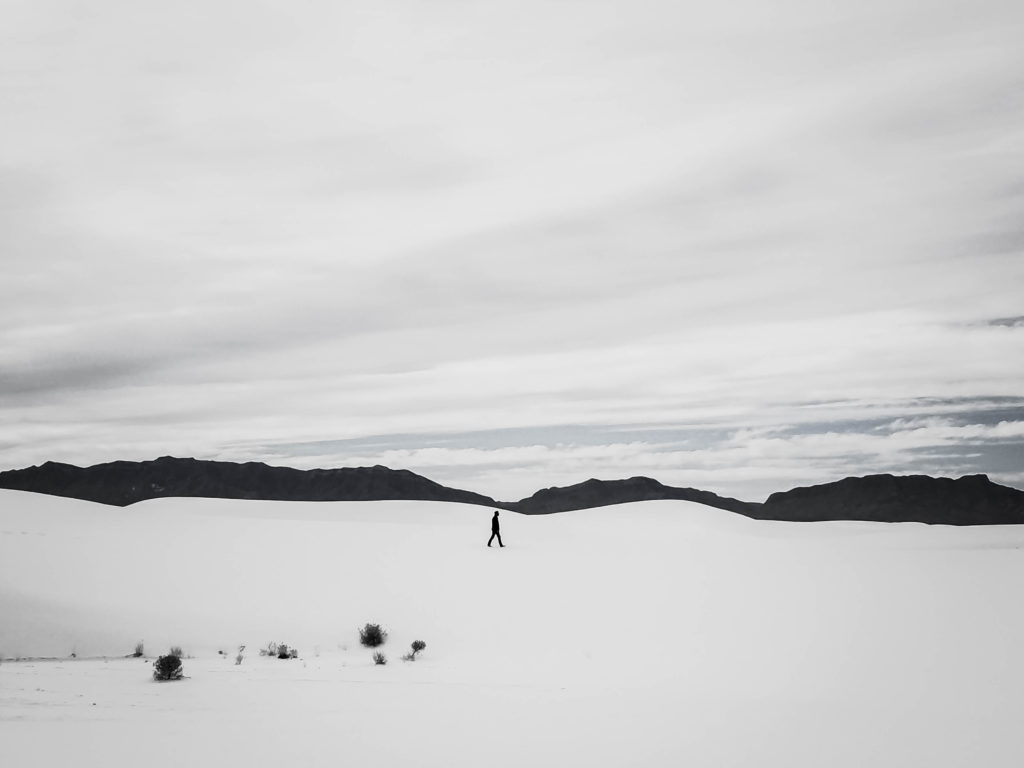 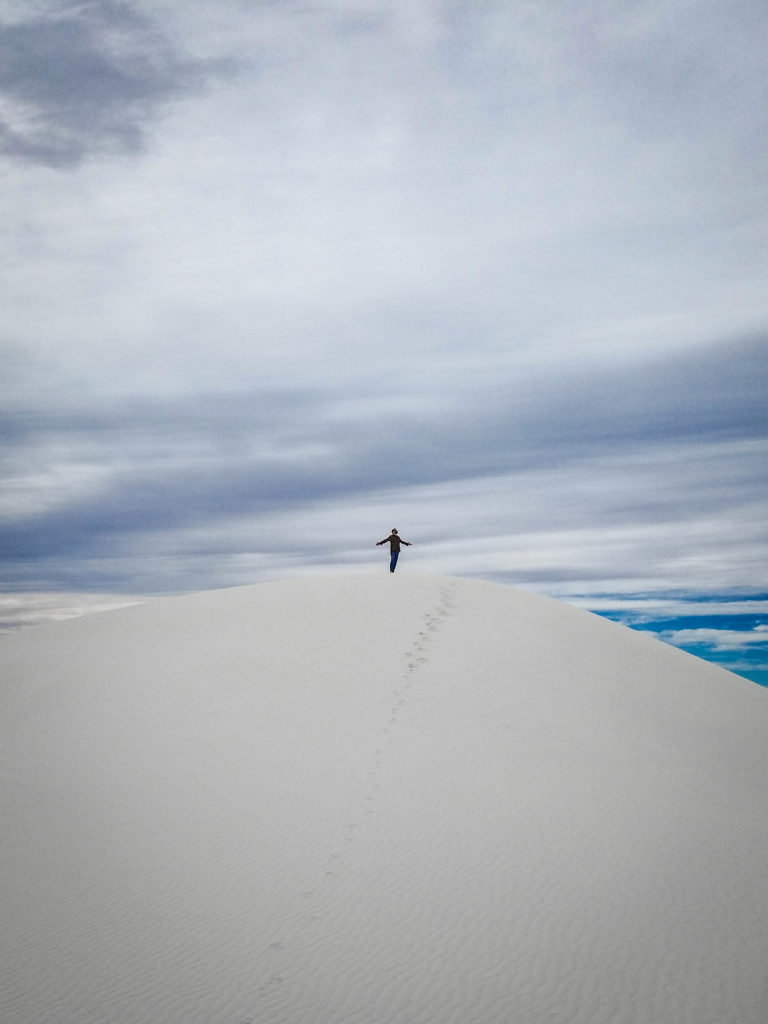 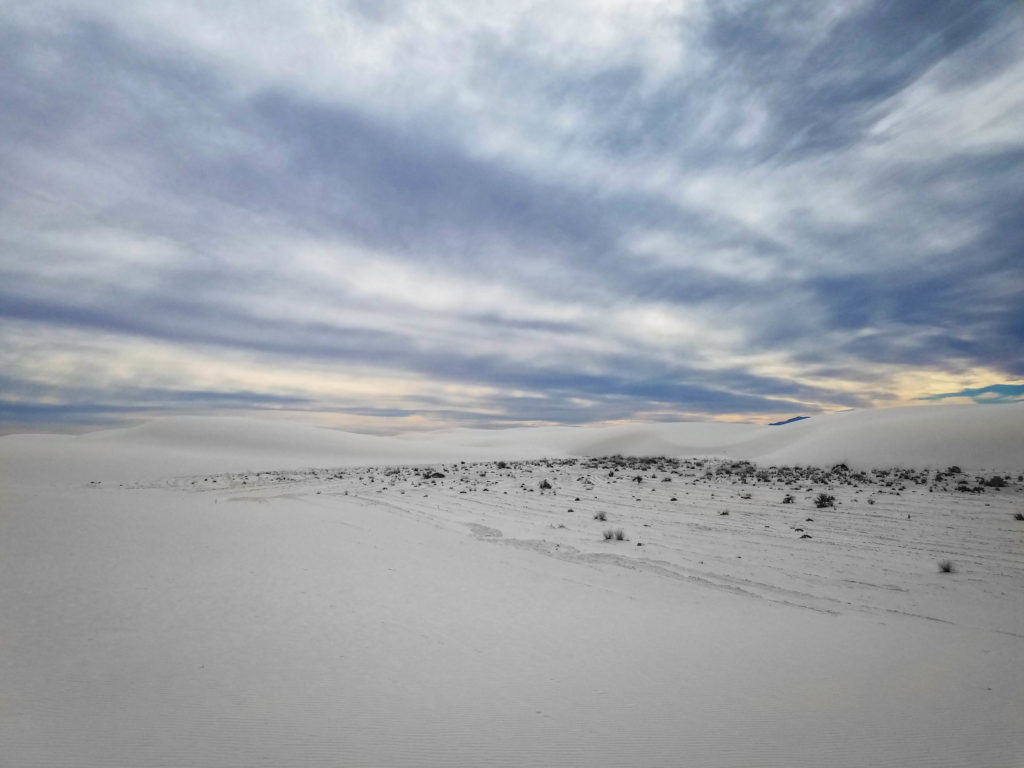 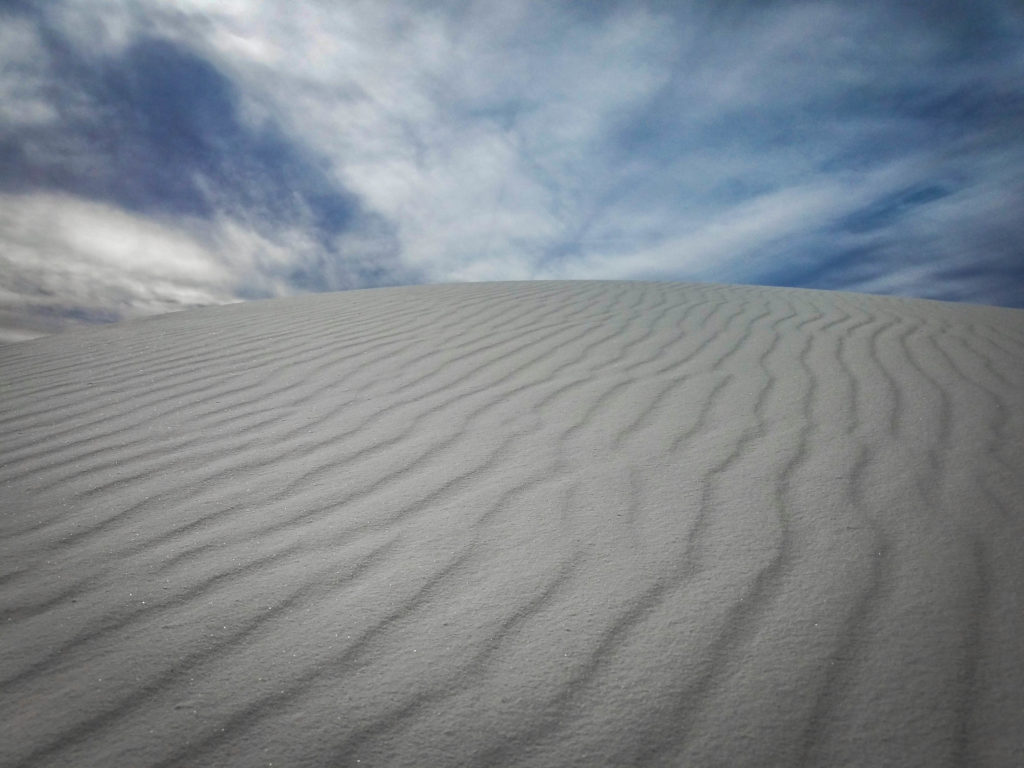 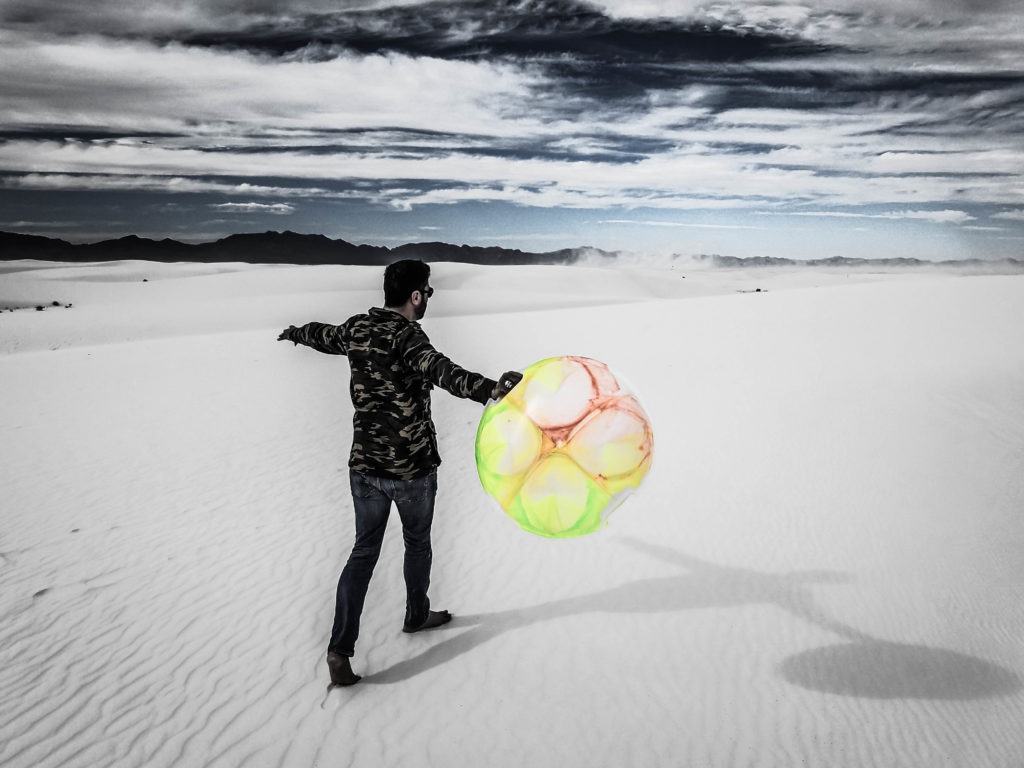